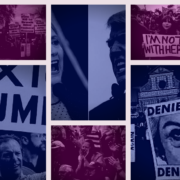 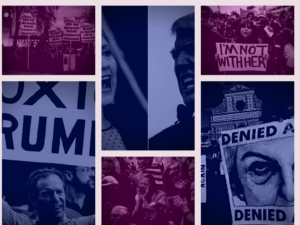 2017 was the most contentious year I’ve experienced in my lifetime. Syria, North Korea, Russia, Brexit, the U.S. Presidential election, “Fake News”, lawsuits, sexual misconduct, and the Twitterpocolypse that enveloped it all, was a relentless part of daily life. We saw posts and comments erupt into bitter exchanges over social media. Families and friendships were torn apart over sometimes minor differences of opinion. Neighbors became alienated. Strangers became more distrusted. Even the most pedestrian interaction could quickly devolve into a din of snarky, competing, incoherent noise. With that said—I am more optimistic than ever!!

Despite living in what is considered by many communication experts as, “The Golden Age of Conflict”, I believe that we are on the verge of a renaissance in communication. In my post earlier this year called, “Global Conflict is on The Rise!!”, I discuss the idea that conflict has been an important and necessary part of human civilization, and can be an amazing tool for social evolution — if  we practice ways to engage it constructively. In that light, I view 2017’s “communication breakdown” as a wake-up call for change, rather than a sign of some impending societal dark-age.

I am more committed than ever in 2018 to help my family, friends, mediation clients and other organizations become part of this communication renaissance – and become re-acquainted with the art and science of diplomacy. I’m excited to engage with you in person, on my blog, and on Twitter and LinkedIn, and Facebook. Happy New Year.